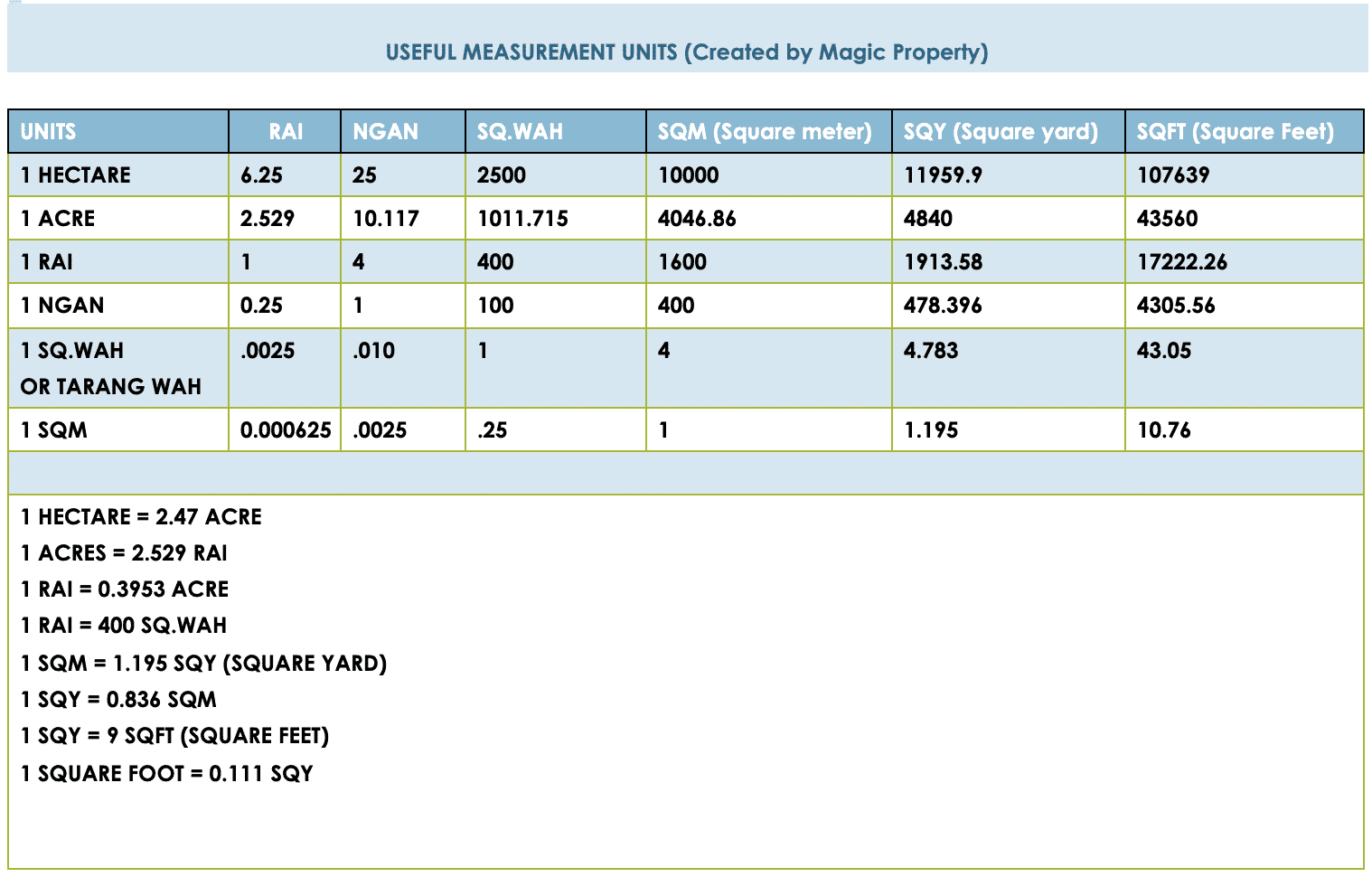 The metric system was officially introduced by a law passed on 17 December 1923. However, old Thai units are still in common use, especially for measurements of land which is often quoted using the traditional Thai system of wha, ngaan and rai. In the provinces, old-times will occasionally use the traditional Thai system of weights and measurements. Here are some conversions: