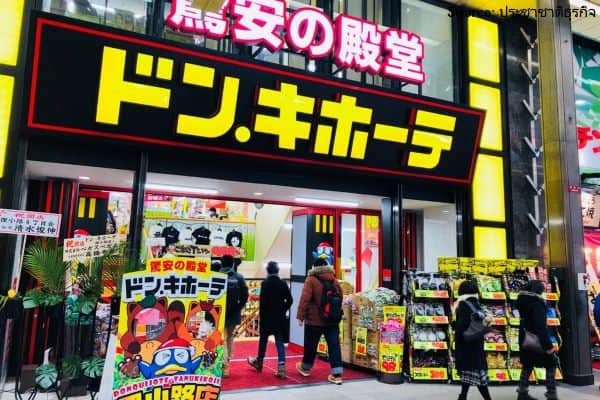 Mr. Koji Hara, Chairman of the Board of Directors, JC-TOA The developer of the Dongki Mall Thonglor revealed that the company has invested more than 700 million baht in the construction of the Dongki Mall, Thonglor, located in Soi Thonglor 10 or Ekamai Soi 5, on an area of ​​over 2.7 thousand square meters or 3 rai. Is a retail area of ten thousand square meters Which will be officially opened on Friday, February 22, 24 hours

For the said shopping center Under the concept of restaurants, fun, Japanese culture and excitement In the shopping center, there are more than 30 shops, restaurants, drinks, cafes, karaoke, and the 5th floor is made into a theme park, Hello Kitty and sports entertainment. Imported from Japan, with Dong Dong Dongki shop, a famous Japanese shop Opened the first branch in Thailand Selling a wide variety of products, such as everyday products Manufacture of fresh and processed food, cosmetics, home appliances, watches, fashion products, sports equipment, recreational equipment As well as various event venues that will focus on Thai and foreign customers. Especially the Japanese who live in the nearby area Aiming that in the first year there will be at least 2 million users

Mr. Takao Yasuda, President of Pan Pacific International Holdings, founder of Don Quijote, said that Don Quixote’s marketing in Thailand and Singapore will use the name “DON DON DONKI”. First in Thailand Which is the second country in Southeast Asia Opened from Singapore in 2017. Currently, there are more than 368 branches in Japan, the United States of America and Singapore, with “Donpen” blue penguin mascot wearing a sleeping cap. Sitting on a crescent moon Is the shop’s symbol